The Louise Hopkins Underwood Center for the Arts is initiating a new event that aims to expose more people to Lubbock’s Art. This Saturday kicks off the Art Ride LBK, a once-a-month community bike tour of public art. Lindsey Maestri, Community Engagement Manager at LHUCA and Emily Wilkinson, Public Art Director at Texas Tech University, join the Front Row to talk about the event.

Tell us about the project that LHUCA is starting.

Maestri: We are launching Art Ride LBK, which will be an art tour of downtown and the depot district, via bicycle.

Who came up with the idea and how did you make it happen?

Maestri: We were looking at a way to engage some of the other spots on the first Friday Art Trail. People come to LHUCA and they want to stay here at LHUCA and we have 16 venues actually on the art trail. So, to encourage people to get out and see some of those other spots, we thought let’s see if we can do something on a Saturday that would get people to see some of those other galleries on the trail. We have been pitching around the idea of a bike ride of some sort and it seemed to pair perfectly.

Emily Wilkinson, you’re director of public art at Texas Tech. How did Texas Tech get involved with this?

Honestly, Texas Tech is such a big campus, so a bike tour is something that I’ve been wanting to do for a long time…Lindsey and Jacob from LHUCA contacted me this winter and asked if we would be interested and so of course I said, ‘Yes, we would love to do that,’ because that’s something that I’ve kind of thought about but haven’t really had a chance to implement.

So we’re really excited, not just to be a part of this but we love that connectivity with downtown being able to use the new bike path on Broadway and really get people to see both LHUCA, art venues downtown and then come onto campus and see some of the art that we have.

Listen to the full interview at the top of the article. 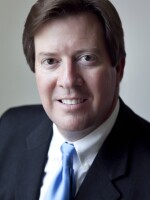